Robbers Board Bulk Carrier off Indonesia

A bulk carrier was boarded by robbers on January 8, 2017, as five persons climbed aboard the ship which was in Indonesian Muara Berau Anchorage at the time of the incident, according to data provided by the International Chamber of Commerce (ICC) International Maritime Bureau (IMB).

The robbers took a duty crewman hostage and tied him to the foremast. Another duty crewman tried to contact the first man but received no response. As he approached the forecastle to investigate, he noticed the robbers, according to ICC IMB.

The duty crewman informed the officer of the watch (OOW) who raised the alarm.

The organization did not reveal the name or the owner of the vessel.

Only a week ago, another incident occurred when six armed persons in a speed boat chased and fired upon a general cargo vessel while it was underway some 21 nautical miles east of Basilan Island, the Philippines. The cargo ship managed to evade the attack, however, it sustained multiple gunshot damage on the port and starboard sides. 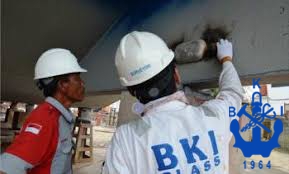